Gabon on a knife-edge as court mulls vote outcome 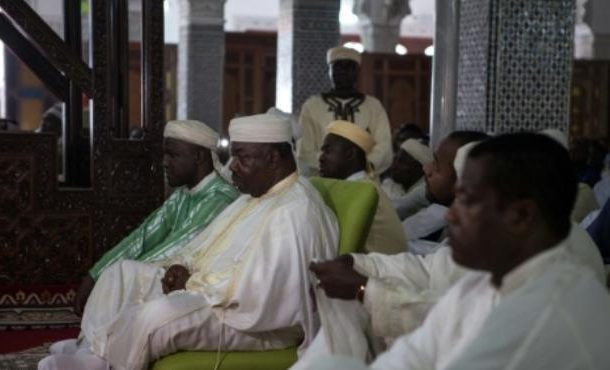 Libreville (AFP) - The streets of Libreville emptied rapidly Friday with residents fearing a new bout of bloodshed as the Constitutional Court prepared to rule on who will be Gabon's next president following a bitterly-contested election.

Across the nation, there is widespread concern that a ruling in favour of President Ali Bongo, who won by a wafer thin margin provoking charges of fraud, could spark a fresh wave of furious opposition protests like those which followed the announcement of his victory.

"Everyone is panicking, everyone is afraid," explained Jean Rodrigue Boukoumou, a teacher who, like many others, was waiting outside a bank in the Gabonese capital to withdraw his money to stock up on food.

"We want to withdraw our money to be able to buy provisions. We have families to feed if the country descends into chaos," he told AFP, expressing a widely-held fear.

With the country in political limbo for nearly a month, the court was to rule on whether to uphold Bongo's victory by fewer than 6,000 votes, or to overturn it.

Defeated challenger Jean Ping, a career diplomat and a former top official at the African Union, filed a legal challenge earlier this month, demanding a recount.

He and his supporters are hoping to end the Bongo family's 50-year grip on power in this oil-rich country of 1.8 million people. Gabon's opposition leader Jean Ping a career diplomat and former chairman of the African Union Commission, has filed a legal challenge and demanded a recount of the August election results


Across Libreville, the atmosphere was on a knife-edge with riot police deployed at key junctions in order to head off any more unrest should the judges decide against 73-year-old Ping.

Along the seafront, trucks carrying paratroopers and soldiers, their weapons at the ready, rumbled alongside cars, shared taxis and armoured vehicles on a road which passes both the court and the presidential palace.

Officers in riot gear had begun fanning out through the city on Thursday, and by Friday morning, long queues could be seen outside banks and ATMs.

Wary locals have also been stockpiling food to last through the weekend, worried that any fresh unrest could see the streets blocked by checkpoints.

"Judgement day" blared the headline in one newspaper, while another front page led with: "The hour of the last judgement is upon us."

"Until the results are announced, you are requested to avoid going anywhere until further notice," the embassy of France said on its website in a notice to its 10,000-strong community.

Ping has warned the country could face serious instability if the court rejects his appeal for a recount.

But the government has warned Ping, a former ally-turned-opponent, that he would be held responsible if fresh violence breaks out, and could find himself arrested if he crosses "the red line."

The court met on Thursday and has retired to consider its verdict. Under the constitution, the 15-day deadline for resolving electoral disputes is Friday, although the announcement could still be delayed until Saturday. Gabon's Constitutional Court President Marie Madeleine Mborantsuo hands the Gabonese constitution to Ali Bongo Ondimba, after he was sworn in as president in 2009


"The case is under deliberation," said the court's president Marie-Madeleine Mborantsuo, a former beauty queen and one-time mistress of Bongo's father who now holds this oil-rich nation's fate in her hands.

Ping has made clear he believes Bongo has the court in his pocket, referring to it as "the Tower of Pisa that always leans the same way".

And his entourage reacted furiously after Mborantsuo gave an interview earlier this month in which she said it would be "rare" to decide on a reversal of the results.

"Nobody wants to be in Mborantsuo's shoes," said a diplomatic source. "She is under enormous pressure from both camps."

The nation had erupted in protest after Bongo was declared the winner following an election sparked claims of fraud.

During the ensuing chaos, demonstrators set fire to the parliament and clashed violently with police, who arrested around a thousand people.

Opposition figures say "more than 50" people were killed in the violence, but the government gave a figure of three dead.

In his legal challenge, Ping asked for a recount in Haut-Ogooue province, a stronghold of the Bongo family, where the president won more than 95 percent of the votes and turnout was declared to be more than 99 percent.

EU observers have said there was a "clear anomaly" in the province's results.

On Tuesday, lawyers for the two sides said they had agreed to a recount although they disagreed over the scope of it.