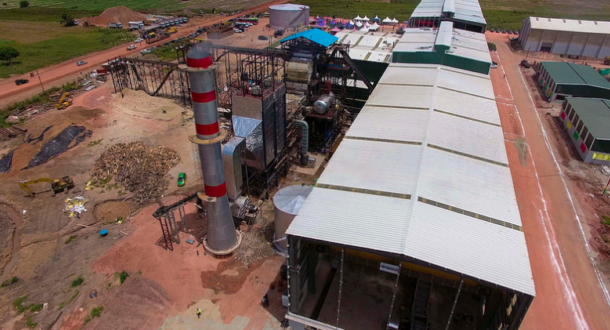 The Minister of Trade and Industry, Dr. Ekwow Spio Garbrah has bemoaned the activities of illegal miners(galamsey) as it threatens the smooth operations of the Komenda Sugar Factory.

According to him, the illegal miners have destroyed all lands in the area, making it impossible to acquire fertile lands to cultivate sugarcane for the factory.

“Galamsey is an area where the Minerals Commission has a lot of responsibilities.  I’m sure all of us are concerned about damage to water bodies. For instance the Ministry of Trade and Industry is aware about the Komenda Sugar Factory that has been built and the fact that we need a lot of raw material in the form of sugar from an area not far from the factory,” he said.

He lamented that “after visiting hundreds of villages and towns in the area we found that a lot of the water bodies which would normally have nourished sugarcane plants to create a plantation, have all been environmentally damaged by illegal miners operating both up and down stream and therefore it makes it difficult to plant more sugarcane along the river banks to feed the factory.”

He stated that the situation has become alarming as the livelihood of the people living in the area is also threatened due to the destruction of water bodies and farms.

Dr. Spio Garbrah made the disclosure at the launch of the National Corporate Social Responsibility Policy(NCSRP)  held in Accra.

He warned that the country risks losing the agriculture sector if the canker is not stopped by authorities responsible for checking its spread.

The concern comes at a time illegal mining activities has become very rampant in the country.

Mining giant AngloGold Ashanti had to close its  Obuasi Mine due to the activities of galamsey operators.

The mining company has been battling with illegal miners over the concession.

The committee however was unable to carry out its mandate for the scheduled date.

According to the committee, the delay in moving the illegal miners was as result of its quest to ensure that all miners who are moved to the new site have their data captured in the data base.

Chairman of the Movement Committee for AngloGold Ashanti’s Obuasi Mine Ing. Kuma Frimpong  said the committee had identified and prepared a place which can accommodate up to 10,000 small scale miners.