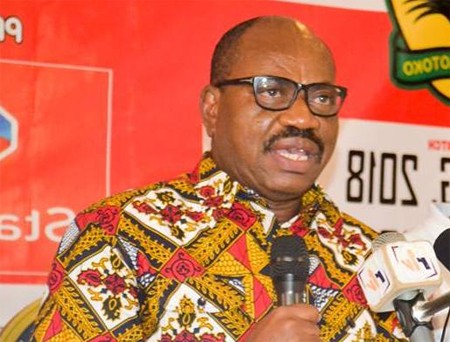 Newly appointed Executive Chairman of King Faisal, George Amoako and the club's management held their first meeting on Thursday at the club's secretariat.

According to the club's spokesperson per what transpired at the meeting, the club's future under the leadership of George Amoako looks bright.

King Faisal has been embroiled in all manner of crisis and even before the 2019/2020 league season was annulled were dead certainties for relegation as they were bottom of the league table having failed to win any of their 15 games.

They maybe among the few clubs that heaved a huge sigh of relief and a second chance when the coronavirus pandemic forced the hand of the GFA to cancel the league.

Awal Mohammed who speaks for the club says the gloomy days are over at the club as it is a dawn of a new era with veteran George Amoako in charge.

Speaking to Otec FM in Kumasi, Awal Mohammed shared that, “What George Amoako told us in our maiden meeting shows that he has brought new life to King Faisal. I believe with time and support from the management and the supporters, he will raise the team to the next level more than we were in our glory days”

“He [George Amoako] indicates that every department will play its role without any interference. He has lined up many plans which will raise the team to a standard in which companies will love to do business with us” he ended.

George Amoako was CEO for Asante Kotoko before he was axed when the new board was constituted by the life patron of the club Otumfour Osei Tutu II.