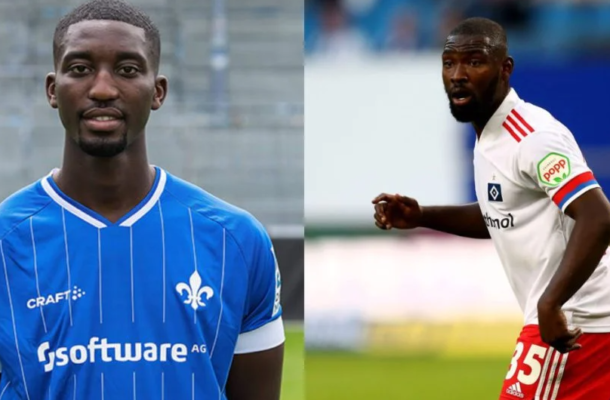 German-born center back Stephan Kofi Ambrosius and Patrick Pfeiffer will play for the Black Stars after completing their nationality switches to Ghana.

This was confirmed by the President of the Ghana Football Association(GFA), Kurt Okraku.

Black Stars coach Otto Addo is an avid fan of Stephan Kofi Ambrosius despite recently returning from an anterior cruciate ligament injury which sidelined him for a long time.

The Hamburg SV defender Stephan Ambrosius has been courted by Ghana for a while and the West African nation will soon have their man as he was invited by erstwhile coach C.K Akonnor for the 2021 AFCON qualifiers but he failed to honour the call up.

Ambrosius has played for the German U-21 side and his nationality switch will in the coming days be completed by FIFA.

Patrick Pfeiffer on the other hand has a great season for German Bundesliga II side Darmstadt making 30 appearances scoring a goal and assisting one other.

He has played for Germany at the U-19 and U-18 level for Germany but has given the GFA the green light for his nationality switch.

The German born trio of Stephan Ambrosius, Patrick Pfeffer and Ransford-Yeboah Konigsdorffer have all committed themselves to playing for Ghana and their nationality switch have been completed in time to play for Ghana at the 2022 FIFA World Cup in Qatar.