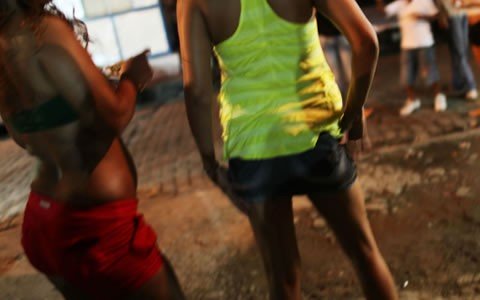 German politicians have approved a law making it illegal to have sex with prostitutes without using a condom, among other regulations on the sex trade.

Brothel owners will be obligated to draw customers’ attention to the law and advertising unprotected sex will be banned.

The new law aims to tighten regulation of prostitution in Germany, which has been legal since 2002 but marred by continuing human trafficking, abuse and stigmitisation.

It makes licensing mandatory for all brothels to ensure they comply with “minimum legal standards, hygiene and health and safety regulations”.

Anyone attempting to open commercial premises for prostitution will undergo checks attempting to crack down on the involvement of gangs, traffickers and criminals.

Prostitutes must also register with local authorities, gaining a certificate that must be renewed every two years, and attend an annual health “advice” session.

For sex workers under the age of 21, certificates will only be valid for one year and they must check in with public health authorities every six months.

The Bundesrat, Germany’s upper house of Parliament, approved the measures on Friday following a previous vote in the Bundestag.

The law will now be sent to President Joachim Gauck for his signature, before coming into force on 1 July 2017.

Manuela Schwesig, the minister for women and families, said sex workers had been “defenceless against the power of brothel owners” but hoped the new law will “protect them from exploitation and violence.”

Elke Ferner, the secretary of state for women and families, previously praised the measures, saying: “Finally, there will be better protection for women and men who are involved in prostitution."

But the plans have been criticised by some campaign groups who argue that increased bureaucracy will worsen a widespread lack of trust between prostitutes and authorities, making them less likely to co-operate with police or report abuse.

In a joint statement, Germany’s BesD sex workers’ union and Amnesty International said the law “does not protect prostitutes”.

"The registration requirement is discriminatory, is violates data protection laws and brings the risk of workers being forcibly ‘outed’,” said Fabienne Freymadl, chair of BesD. “This will force many women and men into illegal sex work, where they are at heightened risk of human rights violations.”

Legislation in 2002 forced sex workers to pay tax and allowed them to work as regular contracted employees, but led to the rapid growth of unregulated brothels, prompting calls for tighter controls.

Some states have subsequently brought in their own regulations, including mandatory condom use already in place in Bavaria and Saarland.