GFA Elections: 'I'm not an opportunists am here to restore our football'- Amanda Clinton 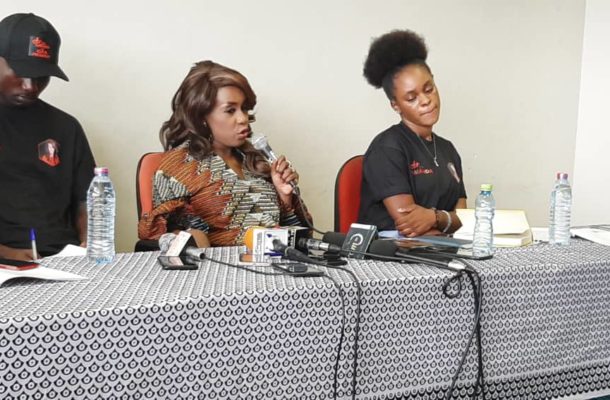 Ghana Football Association Presidential hopeful Amanda Akuoko Clinton says that she is not an opportunist who is taking advantage of the malaise in Ghana football to seek its top job but instead she has invested heavily in football through legal projects.

She also adds that she  has the map to restoring Ghana football to its apex and should therefore be given the nod to lead.

"Am not an opportunist, by jumping to this race when the situation at hand needs a path to restore our football"

"I have invested in football, through legal projects".However, I decided two months ago to contest this position but am not an opportunist".

Amanda Clinton who is the first woman to ever contest for the GFA Presidency was speaking in an interaction with the media as part of her campaign tour.

The GFA presidemtial elections will come up on the 25th October 2019 and she will be contesting with experienced football administrators like Messrs George Afriyie, Nana Yaw Amponsah, Fred Pappoe,George Ankomah and Kurt E.S Okraku.

Little has been heard from the history maker but it appears her campaign has now taken off in full swing.