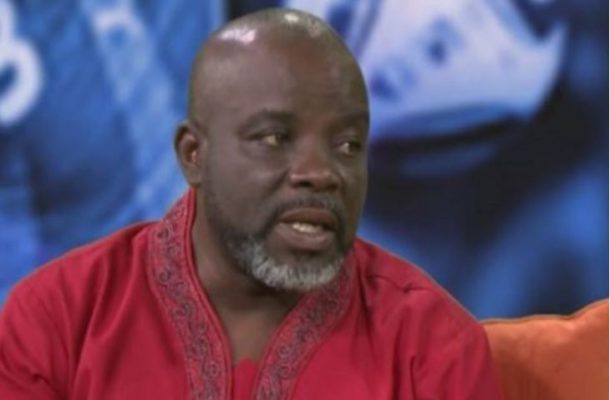 The election committee of the Ghana Football Association has flatly turned down the appeal filed by disqualified presidential aspirant Wilfred Kwaku Osei Palmer.

This decision will certainly not go down well with the embattled football administrator and his supporters.

In the letter it states that documents submitted by Wilfred Osei Kwaku Palmer came in before the deadline for the submission of appeal.

"At the close of the date and time limited for appeals,ie Tuesday 8th October 2019 at 4 pm ,we received the following documents from you by way of an appeal" it said.

But in a letter  signed by chairperson of the committee Naa Odofoley Nortey it reads;

"Notice of appeal received on Monday 7th October at 3:40 pm,"

"Notice of application for an interim injunction on the decision of the GFA Election Committee received on Monday 7th October at 5:05pm

"Statement in support for the application for an injunction pending Appeal received on Monday 7th October at 5:05pm.

"We regret to inform you that based on the above listed documents received before the deadline, your appeal was unsuccessful." 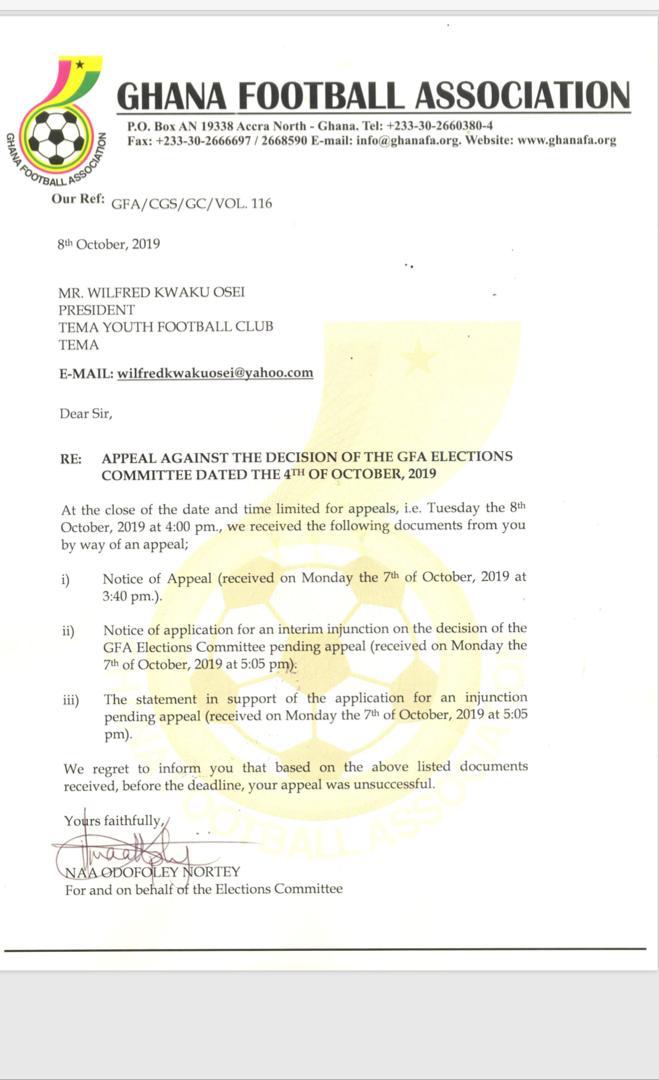