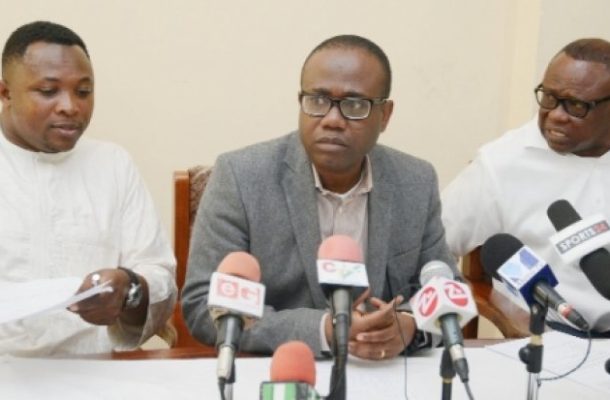 Ghana Football Association (GFA) president Kwesi Nyantakyi has been named among seven tough candidates standing for next month's election for a place on the FIFA Council.

Nyantakyi will be fighting the two Confederation of African Football (CAF) vice presidents for the two new places FIFA has reserved for Africa in its highest decision making body.

CAF’s first vice president Suketu Patel of Seychelles and second vice president Almamy Kabele Camara from Guinea are among the tough six candidates Nyantakyi will have to defeat to get a seat.

The last contender for the election to be held on 29th September in Cairo is Chabur Goc Alei of South Sudan.

Despite facing a tough field, Nyantakyi is tipped as one of the favourites for the two slots thanks to his excellent work with the CAF Executive Committee.

The progress Ghana has seen in recent years has been credited to Nyantakyi while his affability has won him many friends among the African FA chiefs who will vote during the election in Cairo.

The two positions on the FIFA Council became available for Africa following the expansion of FIFA’s cabinet under the new reforms by the body's new leader Gianni Infantino.

Nyantakyi and the six other candidates must undergo FIFA integrity checks before they are included in the ballot at CAF’s extraordinary general meeting during which the election will take place at the Africa's governing body's headquarters.

The 36-member FIFA Council will hold its first meeting in Zurich on Oct. 13-14 as it replaces the tarnished 24-member executive committee and takes responsibility for setting the overall strategic direction of world football’s governing body.

FIFA has been in turmoil after a wave of indictments of football officials in the United States last year, including former members of its executive committee, on corruption-related charges.

Such an expansive field of candidates for just two seats is a departure from previous contests to decide Africa’s representation on the all-powerful FIFA executive.

In the past, the contests have been painstakingly choreographed by long-standing CAF president Issa Hayatou.

This time, however, with Hayatou's own future uncertain after almost three decades at the helm of African football, he appears to have allowed his lieutenants to battle it out among themselves for the posts.

The newly-elected members will only sit on the council until March next year when another round of elections will be held at the 2017 CAF Congress in Addis Ababa on March 17.