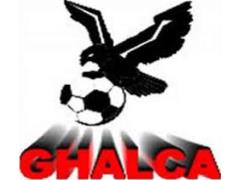 The Ghana League Clubs Association (GHALCA) is undecided on the number of teams to play in the annual preseason tournament organized for top on the table premier league clubs at the end of every season.

The tournament format was changed from the usual top four teams to top six teams in last year's edition.

At a meeting held in Accra yesterday to decide on the new format, the executives were divided on how this year's competition should be orgainsed.

A member of the GHALCA Executive Committee, Otuo Acheampong, told reporters after the meeting that there was no concrete agreement; so the meeting was rescheduled for Wednesday September 28.

'All the members were of different opinions. Some suggested top four, others top six and even top eight, though the dominant opinion was the top eight."

"But even with that, different formats were suggested for it. So we finally agreed that all members should write a proposal and present it on Wednesday. Then we sort it out with the majority opinion having their way,' Mr. Acheampong noted.

This will be the first tournament organized by the Kudjo Fianoo led administration.