Ghana, 53 others listed for 2019 African Games in Morocco 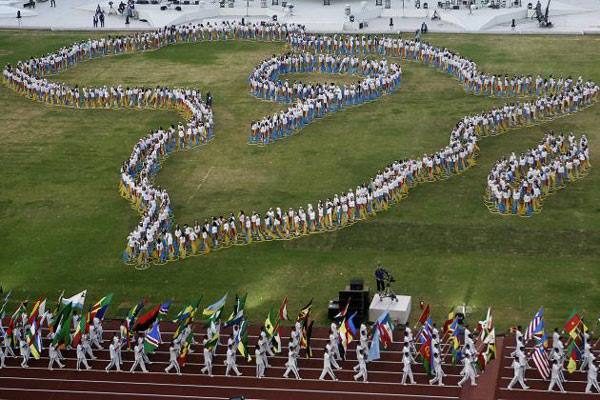 Ghana will be competing with 53 other countries in the 2019 all African games in Morocco, reports indicate.

Team Ghana is expected to make a great impact  the 12th African Games will take place in Casablanca, in August 2019 and will also serve as an Olympic qualifier for Tokyo 2020.

Morocco was selected to replace Malabo, Equatorial Guinea as the host of the 2019 edition in July 2018.

A list of 54  nations was released for the continental multi-sports fiesta holding after Morocco was confirmed as host.

It will the first time Morocco will be competing at the continental Games since the 1978 African Games in Algiers.

This followed Morocco leaving the African Union in 1984, after the continental body recognised the independence of the Saharawi Arab Democratic Republic, also known as Western Sahara.

The dispute over Western Sahara, which Morocco claims is part of its territory, led to Morocco being outside of the African Union for three decades and they were readmitted to the body in 2017 and this would be the first time Morocco has staged the event, first held in the Republic of Congo’s capital city Brazzaville in 1965.

Ghana will be hosting the African Games after the West African nation was given the nod to stage the 2023 edition by the Association of National Olympic Committees of Africa (ANOCA).

Nigeria as one of the contenders in the last three editions will have Egypt and South Africa to content with in the 21 events already confirmed for the championship.

Following the withdrawal of Equatorial Guinea in November 2017, ANOCA was left to find a host for 2019 edition and Morocco stepped in as hosts in July 2018.

ANOCA President Mustapha Berraf has pledged to ensure that the 2019 African Games would be staged without the problems which have plagued previous editions of the event.

Berraf, speaking following his election as head of ANOCA at an Extraordinary General Assembly here, confirmed 21 sports would be on the programme at the 2019 Games in Rabat and Casablanca. The Games are set to be held from August 23 to September 3.

The exact sports programme is not yet set in stone but Berraf said 21 would feature, one less than when Brazzaville hosted the Games in 2015.

The African Games have been held on 12 occasions since an inaugural edition in Brazzaville in 1965. Republic of Congo, Mali, Nigeria, Algeria, Kenya, Egypt, Zimbabwe, South Africa and Mozambique have all previously held editions of the Games.