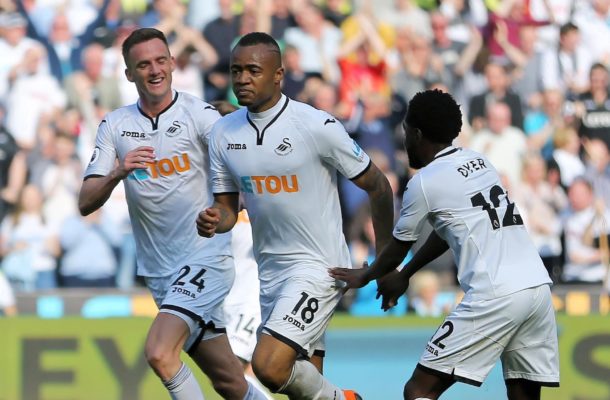 Ghanaian international Jordan Ayew is among five stars who are set to depart the Liberty stadium this summer following their relegation from the English Premiership.

Swansea have seen Tammy Abraham return to Chelsea and could yet lose both Ayew brothers, Wilfried Bony and Oli McBurnie.

The strongest interest for the Ghanaians services is coming from Scottish giants Celtic who are reportedly willing to splash £14M to land the attacker.

The Ghanaian star scored 11 goals for relegated Swansea after a personally fruitful campaign in the English Premier League.

He scooped three awards at Swansea's end of season awards night including Swansea’s Player’s Player of the Season prize.