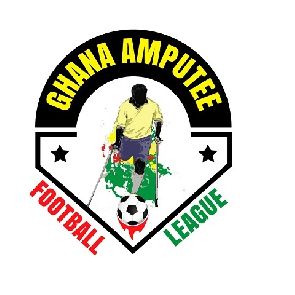 The president of the Amputee League Board, Daniel Nii Mensah, addressing the media explained the need for the game to receive massive support from all Ghanaians.

According to him the logo launch shows the readiness of the board and the various teams across for the league and the upcoming world cup.

Representatives of all the eight teams and their coaches attended the work shop to understand the technicalities of the upcoming league.

The current national team coach Former Black Stars Goalkeeper, Ali Jarah took the teams through the laws of the game and demonstrations on the expectations of the league.

The teams where happy for a moment like this in their lives.

Each team has registered 15 players, this means one hundred and twenty (120) amputees are leaving the streets for a better life in to the game of football.

“I am calling on cooperate Ghana to support the league board with sponsorship for the development of the game,” Ali Jarah stated.

This, he said, will remove lots of amputated persons from the streets of Africa.