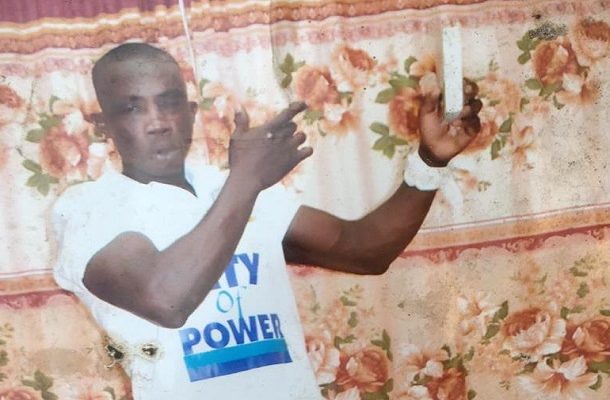 The civilian who was shot by a soldier

The Ghana Armed Forces (GAF) is investigating an incident which led to the killing of a civilian by a soldier at Ashaiman in the Greater Accra Region on Sunday, April 5, 22020.

A statement issued by the Public Health Directorate and signed by the Director of Public Relations, Colonel E. Aggrey Quarshie said “the civilian was being arrested on suspicion of indulging in illegal conduct contrary to the Narcotics Act. Initial reports are that the suspect in resisting arrest attempted to disarm the soldier leading to a struggle during which the soldier’s rifle accidentally went off”.

It added: “The suspect sustained life-threatening injuries and while being conveyed to the hospital for medical attention, unfortunately, passed on. The body has been deposited at the Police Hospital morgue in Accra”.

The GAF says details of its investigations will duly be communicated to the public.

Below is the full release: 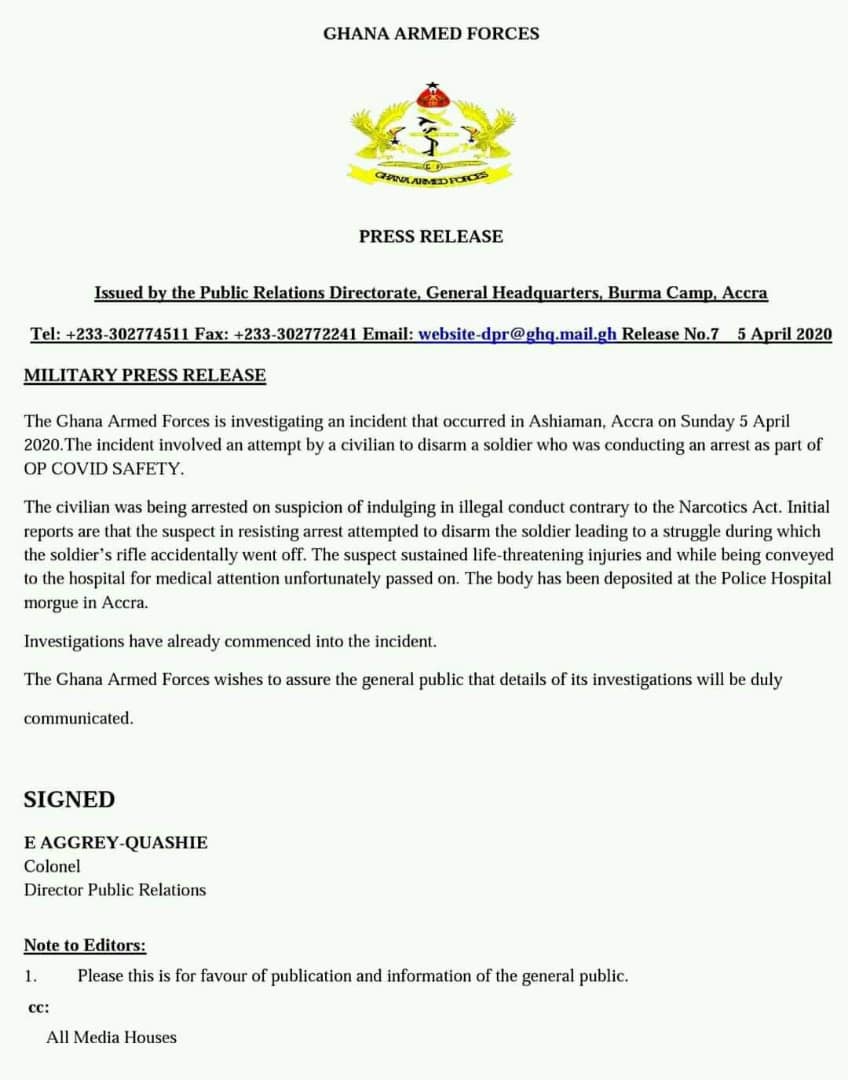