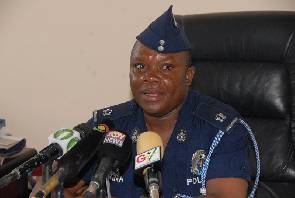 The Ghana Police Service has said that there is no high levels of tension related to political activities currently.

“There is no seemingly heightened tension in Ghana. Anytime there is an election, there is what I call ‘political fever’ so this political fever is not uncommon,” Public Affairs Director at the Ghana Police Service, DSP Cephas Arthur told Nana Dedei Tetteh on Class FM Friday August 12.

Earlier, an international delegation made up of representatives of the National Democratic Institute (NDI) and the International Republican Institute (IRI) has released a report indicating that there was an increasingly polarized political environment and heightened tensions ahead of the general elections in December.

According to the delegations, after meeting with the Electoral Commission (EC), presidential candidates, political parties’ representatives and election security officials observed that the perceived high stakes of the election by some party activists contributed to the increasingly polarized political environment and heighten tensions.

U.S Assistant Secretary of State for African Affairs Igini indicated that : “Parties of both sides of the divide [NDC and NPP] consistently asserted that the credibility of the elections hinges on the impartial conduct of the polls,” he added.

He explained that the confidence exhibited by the parties “was shaken by the protracted litigation over the outcome of the 2012 elections”.

According to him, the issues regarding the credibility of the voters register and the electioneering process came under intense scrutiny which raised tensions.

He noted that “Some party leaders continue to question the adequacy” and the preparedness of the EC.

However, DSP Arthur disagrees with the findings and explained that what is been experienced are normal political temperature in every election year.

He however ensured that the police will not relent in their efforts to ensure peace and will analyse every piece of information that comes to their attention.

“Any piece of information is of intelligence value to the police. We shall look at it. We shall not write it off but we in Ghana know how we normally experience this this in an election year,” he further explained.

He also cautioned the public to be wary of public utterances and actions that can lead to conflicts.