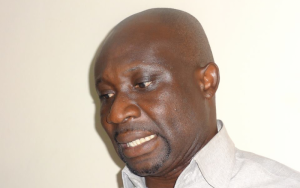 The Ghanaian top-flight enjoyed a tantalizing climax after Wa All Stars emerged champions for the first time.

The league went to the wire with relegation decided on the final day of the season.

And the country's Ghana FA vice-president George Afriyie has rated the season as the best so far.

"This league has been very exciting. We've seen improvement in terms of attendance from the previous years and we've seen some fantastic displays from some young chaps and personally if you ask me, I think that this year's league will go down in history as one of the best leagues despite some few or pockets of incidence that happened during the season," he is quoted by told Pulse.com.gh.

"The most important thing is that one of the key products of the FA is the Premier League so if we are able to organize a successful league then it means we've achieved one of our key responsibilities. That is to organize a premier, a division one and a division two leagues in the country. So for us we will not be patting ourselves on the back but we think that it is a mandatory obligation for which we have fulfilled.

"It's not the first time, remember some teams have done it. Berekum Chelsea did it, Aduana did it and so for a young team like Wa All Stars winning the league for me it's not surprising. They prepared very well, maybe it was their target.