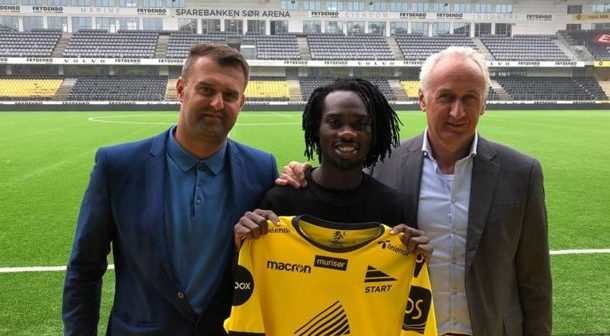 The 23-year-old moves from Slovenian football club Aluminji where he spent the last three seasons.

He landed at Kjevik on Thursday afternoon and conducted a medical check at Sparebanken Sør Arena before officially signing his contract.

Mensah scored 12 league goals for Aluminij in the 2017-2018 season, and contributed greatly to the club avoiding relegation.