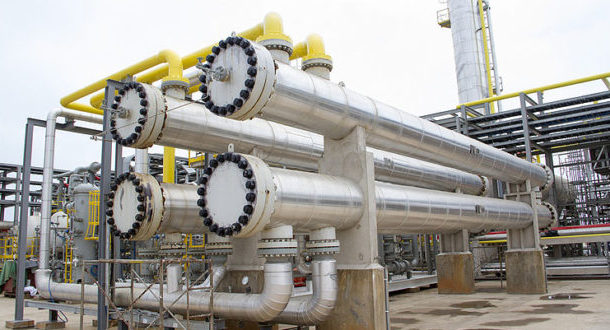 Aggrieved workers of the Atuabo gas processing plant are scheduled to meet management of the Ghana gas company, this week, over their concerns for better conditions of work.

The meeting is to find a solution to what the workers describe as the failure by management to heed their demands as the current working environment poses a risk to their lives.

The workers on Friday demonstrated against the development. Corporate communications manager at Ghana Gas, Alfred Ogbarmey shot down most of the concerns and described the demonstration as illegal.

He however intimated that the management will be meeting to determine the fate of the protesting workers.

But the Chairman of the workers union, Richard Alamu explains to Citi Business News the meeting would solve the financial challenge that has made it difficult for the company to meet the workers’ needs.

“I was informed by the union’s secretary that the Board Chairman has planned of a meeting between himself and the Petroleum Minister again together with some other members in management because that the main reason why the demonstration has halted,”

Government in July this year, announced that it has commenced moves to raise 300 million cedis from some domestic banks in the country to restructure the Volta River Authority’s (VRA) debt.

Though Richard Alamu admits that the plan will help rectify the financial burden on the Ghana Gas, he argues that the management should rather undertake pragmatic measures to create a financial viability plan to keep the company on its feet.

“I agree with the Minister but I think some of the issues have to be addressed and I’ll raise such concerns when we meet him,” he stated.

Richard Alamu further stressed, “I think the issue of no financing is gradually getting worse and that is not what we as workers were made to understand from the beginning.