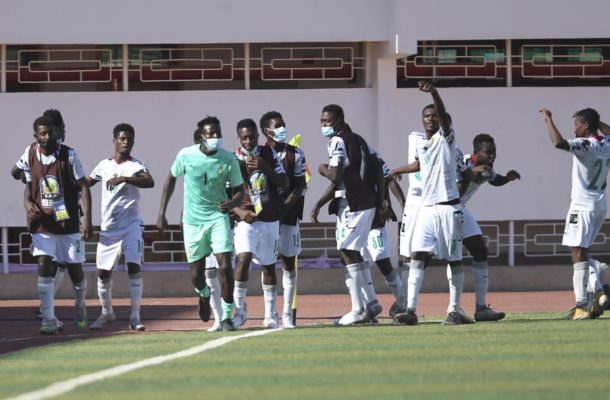 The Black Satellites of Ghana have booked their place at finals of the ongoing CAF U-20 tournament that is currently underway in Mauritania.

Ghana exacted revenge on the Gambia's who beat them in the last group stage game by 2-1 by inflicting a 1-0 defeat on them.

The Black Satellites started the game on the front foot and had numerous free kicks that was shot wide by Abdul Fatau and dangerman Precious Boah.

Precious Boah finally  broke the deadlock with a sumptuous free kick in the 33rd minute as he curled home a left footed strike into the right top corner.

It was his third goal of the tournament and he leads the top goal scorers chat.
The Gambians huffed and puffed for the elusive equalizer which never came as they failed to carve open the resolute Ghana back line and resorted to long wayward shots.

Ghana awaits the winner of the other semi final game between Tunisia and Uganda later tonight to know theur opponents in Saturday's finals as they aim to make it four AFCON U-20 titles.