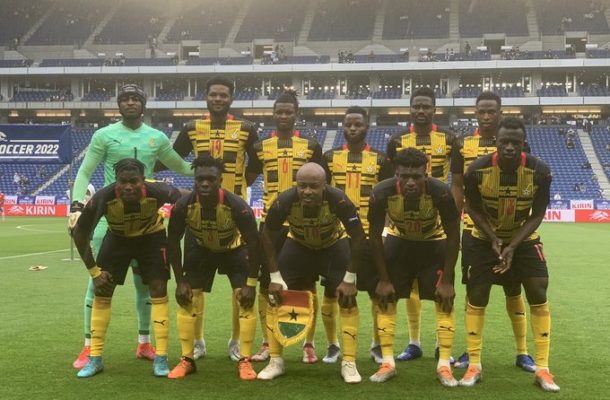 The Black Stars  is among 32 nations that will compete at the Qatar 2022 FIFA World Cup but they have just 0.02% chance of lifting the trophy according to Opta Analyst.

The Black Stars will be making an appearance at the FIFA World Cup for the first time in eight years after missing the Russia 2018 edition.

Ghana defeated perennial rivals Nigeria in a 2022 World Cup plays off to secure a place in Qatar.

The first leg of the play offs ended 0-0 at the Baba Yara Stadium but Ghana managed a 1-1 score line with a Thomas Partey goal at the Moshood Abiola Stadium sending Ghana to the World Cup via the away goal rule.

Ghana is in group H and will face Cristiano Ronaldo's Portugal, Korea and Uruguay.

Ahead of the tournament in Qatar, Opta Analyst has rated the chances of the 32 teams that will be participating.

The British sports analytics company did the percentage ratings according to statistics from a performance AI model.

Spain have been placed third by the super computer with the chance of 11.53%, whiles  England follows with 8.03% and Belgium with 7.90% chance.

The bottom three are Costa Rica, Saudi Arabia and Cameroon, who all have 0.00% chance of winning the World Cup.

Canada, Morocco and Tunisia also have 0.01% chance of emerging champions, while Ghana follows with a chance of 0.02%. 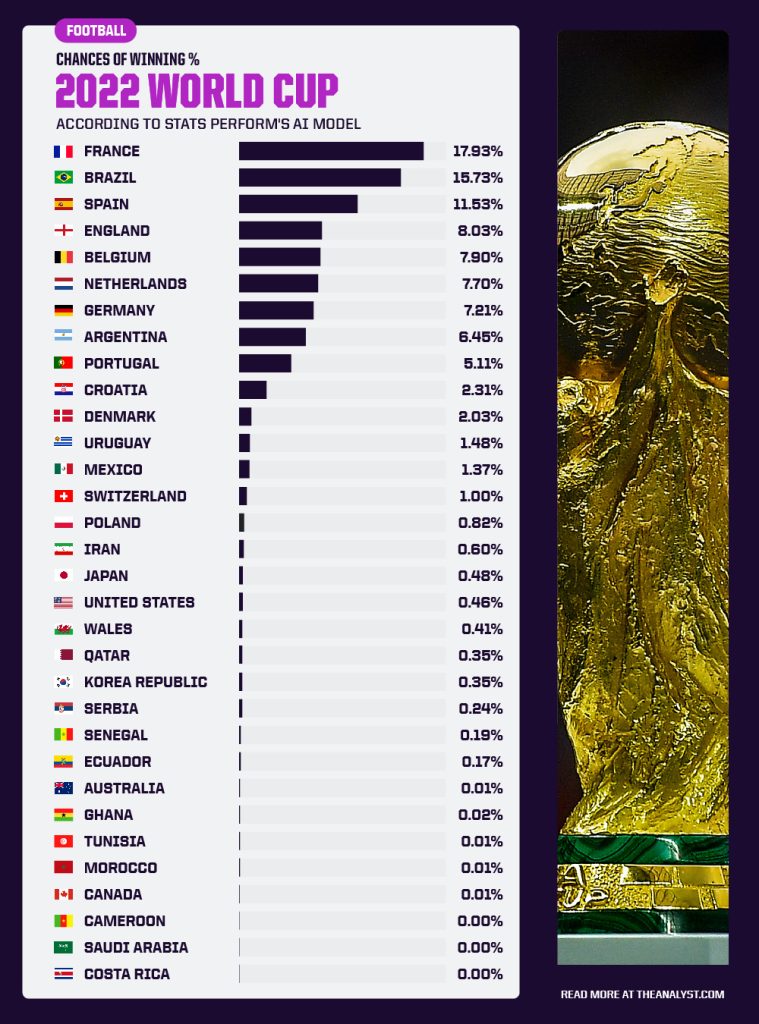