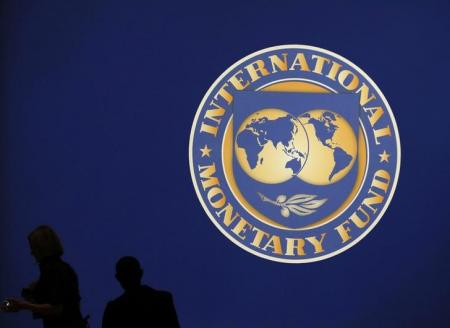 Visitors are silhouetted against the logo of the International Monetary Fund at the main venue for the IMF and World Bank annual meeting in Tokyo, file. REUTERS/Kim Kyung-Hoon

Ghana's inflation rate should decline to 13.5 percent by the end of the year, from 16.9 percent in August, a senior International Fund official told reporters on Tuesday.

The country should also reach the government's inflation target by the middle of 2017, said Joel Toujas-Bernate, the head of the IMF's Ghana mission.

The central bank's inflation target stands at 8 percent plus or minus two percentage points.

Ghana is in year two of a three-year IMF programme worth around $918 million, meant to restore fiscal stability after a fall in commodity prices hurt the economy.

The Fund disbursed the fourth tranche of aid under the programme last month.

"(There has been) good progress so far but Ghana needs to continue reform efforts to make the macro and financial environment more conducive for job creation," he told reporters.

Ghana's budget deficit should fall to 5 percent by the end of 2016 and it would have been lower but for an unexpected drop in domestic oil production, he said, adding that debt should fall to below 68 percent of GDP in 2016, from 72 percent last year.