Ghana to lose over $3m project over land dispute 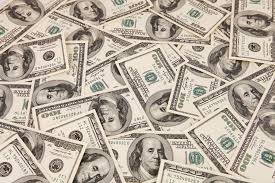 A longstanding land dispute which continues to brew raw tensions in the Bole district of the Northern region has threatened the survival of a $3,139,383 poverty alleviation project.The project, Babator Irrigated Farming Hub, an initiative of the Africa Agriculture Development Company (AgDevCo) a social impact investor and project in Agriculture sector missioned to reduce poverty, hunger, under-nutrition and improve food security.The project is aimed at providing for Ghana, a largest irrigated food production and processing operation of about 26,687 hectares irrigation farm.It is expected to provide 1,000 in- grower farmers a full set of agro-economic goods, services and marketing support, supply an improved and locally adapted seed to some 40,00 farmers and create at least 150 permanent jobs.But the British company has reportedly lost interest and signaled to pull the plugs following a protracted misunderstanding over the land on which the project is sited.The project is sited at Babator, a community located near the border of Ghana’s Northern and Brong Ahafo regions. It covers about 4,000-4,500 area of land which experts say offers excellent potential for farming rice and other cereals.Two chiefs, the Bolewura (chief of Bole) and the Bamboi Koro (chief of Bamboi) are laying claim to the Babator lands and thus has the right to take royalties from investors.There are currently two chiefs in the community; one installed by the Gonjas led by the Bolewura and the other by the Mos’ Bamboi Koro.According to public relations officer of the Gonjaland Youth Association, Mr. Mahama Haruna, the lease for the contentious land was 50 years with yearly servicing payment of GH175,000 (1.750,000 billion old cedis) which he strongly believes perpetuate the disagreement between the two traditional council.A local official of AgDevCo who asked not to be named told Starr News that the land dispute has stalled the project severally since its start in 2011.The officer said the project only got a smooth sailing after a Memorandum of Understanding (MoU) was signed between the two feuding traditional authorities at Mole in the West Gonja district in September 2014.The source disclosed that an amount of GH10, 000 were given to the traditional heads as “knocking fee” by the investors for signing the MoU.The two by the undertaking had agreed to relinquish claims of ownership of the Babator lands until the Regional House of Chiefs determines the rightful owners.But a renewed tension Tuesday 27, September, 2016 after the truce has prompted from the global investor a warning of abandoning the project, citing financial wastage.The loss of the investment means the 56,000MT of rice, maize, soya and groundnuts that will be grown annually substituting imports by local production and improving food security is to become a long dream which will never be realized.Starr News gathered that some armed youth allegedly from Bole reportedly stormed the Babator community, attacked and assaulted a Mo chief priest who they claimed had refused authority of the Babatorwura installed by the Chief of Bole.The Assemblyman for the area Hon. Akore said the priest was hospitalized at Wenchi Government Hospital, however, secretary of the Bole traditional council Mr. Jomo denied the claims and said the “unarmed youth” went to the community upon an invitation of the investors.Mr. Jomo agreed that the youth confronted the priest over allegations of insubordination but “never attacked him”.A heavily armed security including military forces was dispatched to the area Wednesday morning after reports of mass exodus of residents from the community.Source: Starrfmonline.com