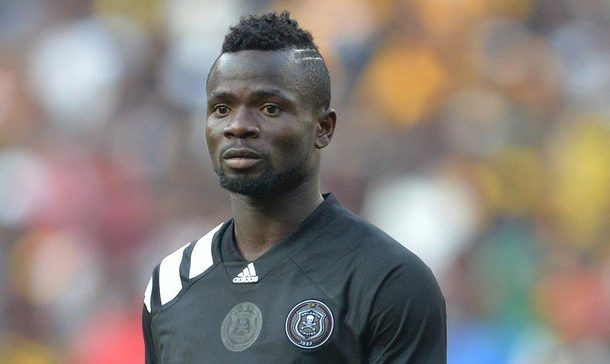 The 25-year-old took to his Facebook wall to express his gratitude to the club and wished them good luck in the coming campaign.

"Let me start by saying many thanks to the chairman and Orlando pirates as a whole for opening up their home to me. I will forever be grateful for that."

"To the team,whether we played together two seasons ago or last game, I want to thank all of you for everything you have taught me individually or collectively."

"To all of my teammates, coaches,assistant coaches thank you all for the support that has made my soccer career a lot valuable and important. It has been such a blast to be part of the team that not only works hard, but that also has a light hearted humor that makes me laugh a lot."

"To the most important people in my career, my fans. You guys have been so amazing, I lost count of how many times I was touched by your love and support. You guys believed in me even in times that I failed to believe in myself and I’ll forever be thankful for that."

"Lastly Let me clear the air about my move to “chippa “. There hasn’t been any form of proper communication between my management and chippa United so I don’t acknowledge their statements and allow me to say that’s fake news."

He netted 4 goals in 13 games in all competitions for Milutin Sredojević's side last term.