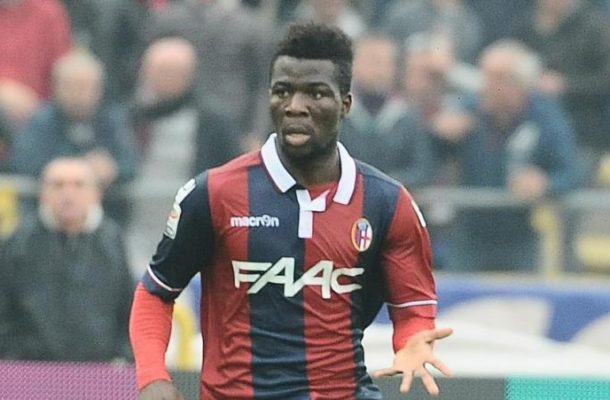 Ghana midfielder Godfed Donsah was in the starting line up for Bologna at home as they crushed to a 2-1 defeat against Udinese in Serie A.

Bologna were the first on the scoresheet, defender Danilo was unlucky to deflect a shot into his own net in the 27th minute.

Udinese fought back for an equalizer and deservedly got one in the 37th minute when Silvan Widmer got on the end of a great cross to head the ball inside the right post to end the first half at 1-1.

The visitors started the second half in the same fashion they ended the first, very much on the front foot and their effort was rewarded with a goal scored by Rodrigo De Paul.

Donsah was substituted off for Taider as Bologna went in search of a equalizer but Udinese held on to record an impressive 1-2 away victory.

Bologna are currently in 12th position on the Serie A standings with 24 points after 19 games.