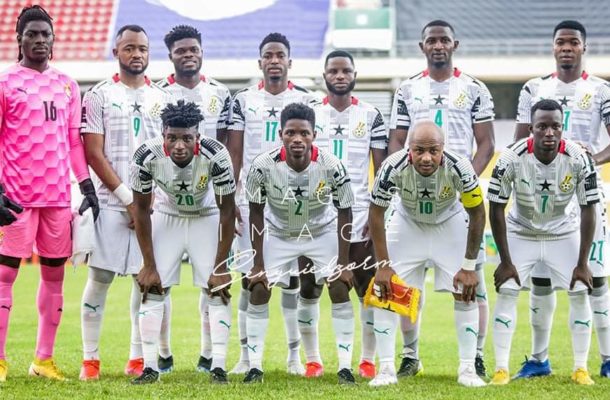 The Black Stars of Ghana have moved three places higher in the latest FIFA rankings announced on Wednesday ,7th April 2021.

Ghana is now the 49th best team across the world up from the 52nd position it has occupied the last few months.

It has partly due to Ghana's good performance in the last two AFCON qualifying game against South Africa and Sao Tome and Principe which Ghana managed to avoid defeat in all two games.

Ghana secured a 1-1 draw far away in Johannesburg while they beat minnows Sao Tome and Principe 3-1 in Accra.

On the African continent Ghana has moved one place to seventh behind Africa's first ranked side Senegal with Tunisia, Nigeria, Algeria, Morocco and Egypt in that order.

Due to the vast number of qualifiers that was played in match it has resulted in a lot of movement with the latest rankings with the World top six still intact from last month with Belgium at one, with France second and Brazil third while Italy are now seventh.