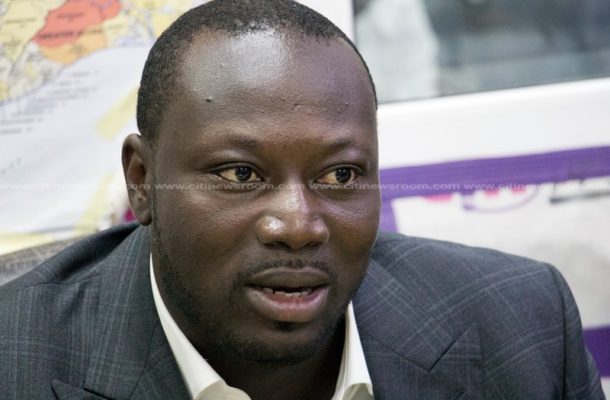 The National Youth Organizer of the National Democratic Congress (NDC), has expressed his disappointment in the Ghana Police Service, insisting the service was not operating independently.

According to George Opare Addo, the Service is displaying partiality by not arresting the New Patriotic Party (NPP)’s Deputy General Secretary, Nana Obiri Boahen and the Regional Chairman of NPP in the Bono region, for recent comments instigating violence, but was quick to arrest the Member of the Armed Forces Revolutionary Council (AFRC), Major Boakye-Djan (Rtd).

Major Boakye-Djan (Rtd) was released from police custody, after he was arrested for allegedly instigating violence, because he stated that there could be civil unrest, should the Electoral Commission (EC) continue with the impending voters’ register compilation in the midst of the Coronavirus pandemic.

In an interview with Kwame Afrifa Mensah on the ‘EpaHoaDaben show', the NDC Youth Organizer, questioned why “Obiri Boahene, has not been arrested” while “in Abronye’s case, President Mahama wrote to the Inspector General of Police (IGP), but nothing has been done. They should begin with these two, so that we know that they are being fair”.

George Opare Addo’s concerns, come as the NDC National Chairman, Samuel Ofosu Ampofo, and Anthony Kweku Boahen, a Deputy Communications Officer of the party, are standing trial over a leaked tape in which they were allegedly heard inciting violence against the leadership of the EC and the National Peace Council (NPC).

Investigations into the case were carried out by the Police CID then led by Maame Tiwaa Addo Dankwa.

The NDC youth leader, asked that “the police should not allow themselves to be used as puppets because it is a serious state institution and we expect them to do the right thing, so that Ghanaians can have faith in them. NPP will not be in power forever. Things will change. So we need stronger systems”.

“The NDC party does not take this lightly because we have observed that people like Nana ObiriBoahen, Deputy General Secretary of the NPP and Abronye the Regional Chairman of NPP in the Bono region, have made serious statements that warrant police arrest. However, the police did not arrest them. Quite recently, Nana B went to studios of Asempa FM to assault Sammy Gyamfi. We lodged a complaint to the police but nothing has been done over the issue. Many at times, when issues like this are against the opposition party, the police is quick to make an arrest”, he said.

He explained that, Major Boakye-Djan, was unfairly arrested because he [Major Boakye-Djan] was expressing his opinions as a Ghanaian and advising the EC, to be mindful of the consequences a new voters’ register could bring.

“Nana Addo cannot infringe on our rights. We are courageous people who want peace. The president asked us to be citizens, not spectators. So if something is happening, as citizens, we have the right to talk about it”, he added.

Nana Obiri Boahen, recently warned that anyone who attempts to disrupt the upcoming compilation of the new voters’ register, would be beaten.

The Regional Chairman of the NPP in the Bono region, Abronye DC, on the other hand, allegedly claimed that former president John Dramani Mahama, had planned to kill key members of the NPP, like he had his former boss, President Mills killed.