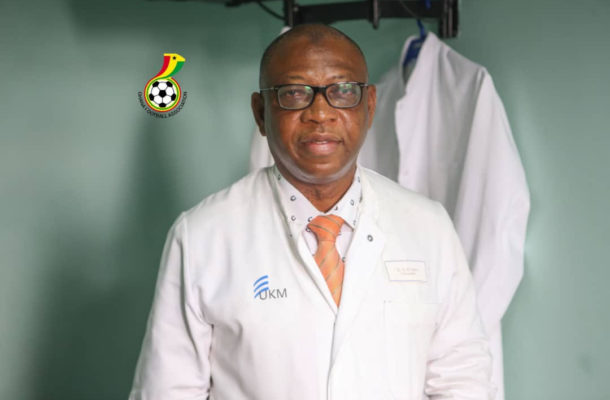 President of the Republic, Nana Addo Dankwa Akufo-Addo on Sunday announced the resumption of the Ghana Premier League (GPL) after six months hiatus due to the outbreak of the coronavirus pandemic.

In the president’s 17th Address since the lock-down, the football fraternity will be allowed to train for the first time in months as the government steadily eases restrictions on contact sports in the nation.

But the head of the Ghana Football Association (GFA) Medical Committee, Dr Adam Baba says that the FA's date of October to begin the Premier League is not feasible.

According to Dr Baba, October will be too early for football to start as players have been home for a long time and will need some time to get back into shape.

“It is impossible to start the league in October from my point of view. If the government said go ahead, you can start but we cannot start in October,” Baba told Kumasi FM.

He adds that any team will need a minimum of four to six weeks before they can be able to play football.

”There’s no team that can tell you that it has started preparation. We need a minimum of four to six weeks for the clubs, they need to purchase new players and start pre-season training which cannot be done in three weeks.

“Practically, we give ourselves four to six weeks from the time we’ve been asked to start so the earliest we might start in November,” he added.