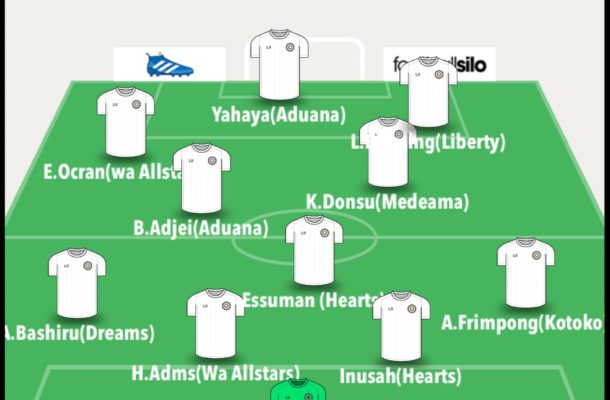 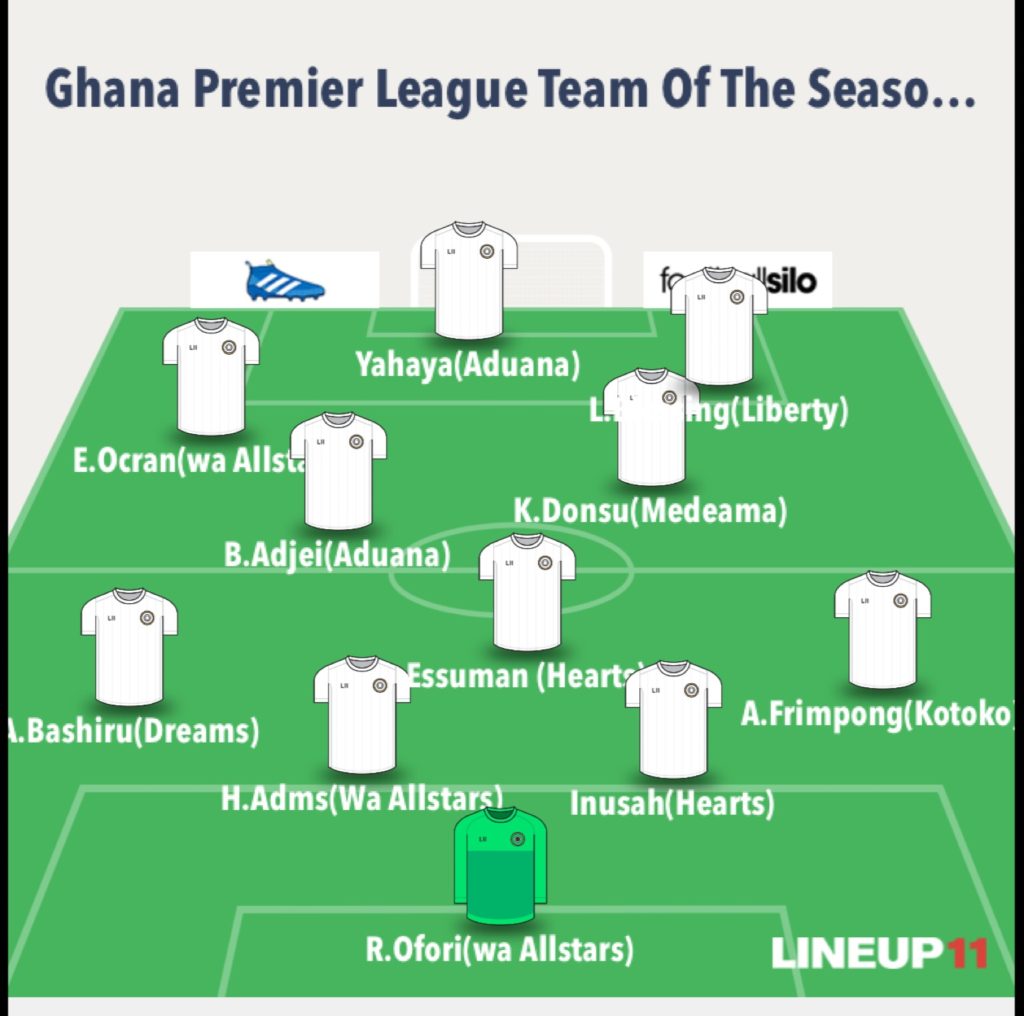 This season has been a breakthrough for many GhPL clubs, with Wa All Stars winning the tittle, Techiman city, Hasaacas and New Edubiase demoted to division 1,which has got football fans talking over which players really have been standout performers.

Ghanaguardian.com writer Anwar Sadat Apusi, takes a look at the players who impressed since the 2015/16 campaign kicked off.

GK-Richard Ofori: while All Stars season ended with a historical event,they won the GhPL title with a match to go,one of the players who contributed significantly and produces more saves to keep his goal post when called upon. 7/10

RB-Amos Frimpong: He may not have drawn too many plaudits ,while the porcupines season ended in a disappointing.He inspired Kotoko with crucial goals when the Purcupine's attackers went dry. 7/10

CB-Inusah Musah: Another real hit for the Phobians, He inspired his club season with superlative performance coupled with brilliant tackles. Very strong in air and has good timing,wining 5 MVP awards after coming back from long injury in the second round. 8.5/10

C.B- H Adams: One of the best in Wa All stars defense,helped the Northern blues to win their first ever major trophy,has composure at the heart of defense. 7.5/10

LB- Abdul Bashiru: Another defender who proved to be an outstanding at the defense of Dreams FC,with good runs on the wings when attacking,causing problems for opponent. 7.5/10

CDM-Mustapha Essuman: His ability to pass the ball and control the midfield,tackles saw the experience midfielder registering more assist and also excelled defensively. 8/10

OM: Bright Adjei: With his brilliant strike against Ashgold saw CNN voted his acrobatic bicycle kick as goal of the week,fantastic incisive passes and scored important goals for Aduana. 7.5/10

LM-Emmanuel Ocran : diminutive but controlled Wa All stars wings with his explicit first touch in ball control to outwit his huge opposing players,no wonder he got a national call-up.Brilliant chap. 8/10

Forward: Latif Atta Blessing: Although the season ended in heartache for Liberty, Blessing will no doubt have been delighted to end the 2015-16 campaign as the Premier League’s top scorer with 19 goals. 8/10

Forward-Yahaya Mohammed: He may have finished second in the scoring charts – just behind  Atta Blessing, ends the campaign as the happiest striker in the land without question. He had a simply remarkable season, he had a direct hand in more goals than any other player scoring 15, with his rise through the leagues seemingly proving to be the best player of the season. 8/10