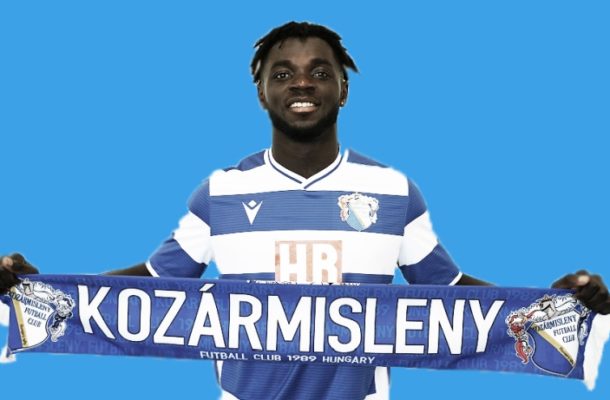 The forwad has for the past three years been in Hungary and playing for the MTK Budapest II and U-19 side.

The 20-year-old forward, born in Accra, transferred to Hungary in the fall of 2020.

The goal-sensitive attacker, who helped the team in the championship with 12 goals in 17 matches, was a huge boost for the MTK U19 team.

The striker was also able to introduce himself in the top division, as he played a part in the 4-0 success against Újpest FC, and then got the opportunity twice more in NB I.

Last season, he played in both teams of the club. He was once again expected as a substitute in the top division, but in the third division he was a stable starter despite his young age. He scored 7 goals in 22 games for the seniors.

The fast and explosive scorer will play in the second division this year, thanks to MTK, after loaning him out to gain more experience and aid his development.

The striker has been training with HR-Rent Kozármisleny, and can introduce himself at any time if head coach László Tóth wants to use him.