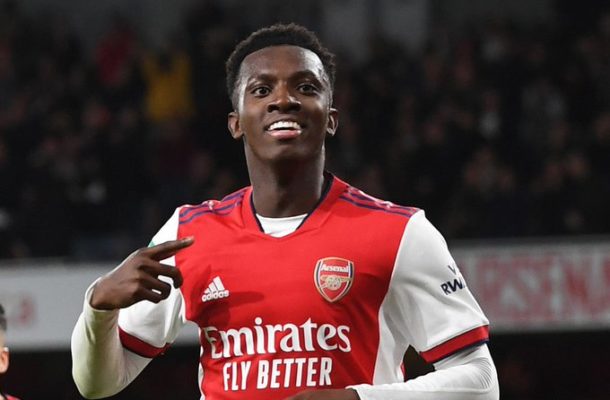 Ghana target Eddie Nketiah has been included in the list of players released by English giants Arsenal ahead of the new season.

The 22 year old striker's contract expires at the end of the month with talks still ongoing about a possible renewal.

Nketiah's contract at the club expires in the summer and despite several offers from the club, the 22  year old has  not signed the dotted lines.

The English-born  Ghanaian player is not convinced he will be afforded the regular playing  time that he so craves for at Arsenal but it appears he now has a change of heart.

Nketiah has been linked with clubs such as Borussia Monchengladbach, Crystal Palace, Leeds, and Dortmund.

Arsenal have tabled a new five-year contract to the player, worth roughly £100,000 per week.