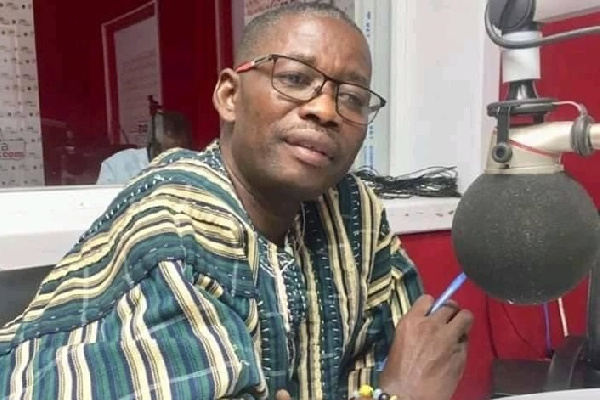 Member of Parliament for Wa West and also a Member of the Parliamentary Select Committee on Defence and Interior, Peter Lanchene Toobu, has advised the government against politicizing the nation’s security.

According to him, the continuous interference of the government in the operations of the country’s security services will only lead them to lose their hard-earned reputation globally and destroy the nation.

The Ghana Armed Forces have withdrawn military personnel attached to the security detail of the Speaker of Parliament Alban Bagbin for his protection.

A letter from the Ghana Armed Forces to the Speaker said the officers were deployed without proper procedure. The soldiers have been with the Speaker since January 2021, when he assumed office.

The letter further noted the deployment would be regularized after their withdrawal. It, however, did not indicate timelines for the redeployment.

Disagreeing with this directive, the MP believes the Speaker deserves a Military detail because of the current circumstances, although the Standard Operating Procedure (SOP) dictates otherwise. For the first time in Ghana’s history, the country has a hung parliament with a Speaker of Parliament from the opposition, and that is why he believes Speaker Bagbin deserves a military detail.

According to the security expert, the directive is politically motivated, a position he shares with his party, the National Democratic Congress (NDC).

The Minority in Parliament has described the withdrawal of the Speaker’s military bodyguard by the Ghana Armed Forces as politically motivated. According to Minority Leader Haruna Iddrisu, the Speaker followed all due processes in securing the guards from the armed forces.

Reacting to this development in an interview with Sefah-Danquah on Happy98.9FM’s Epa Hoa Daben political talk show, he said, “Let us not politicize security in Ghana. The government must stay out of the affairs of the Ghana Armed Forces (GAF), which has achieved global respect and not bastardize them. No SOP requires the Finance Minister, Chief Justice, and EC Chair to be protected by the military, but it is happening, and the third gentleman of the land doesn’t deserve the same?”