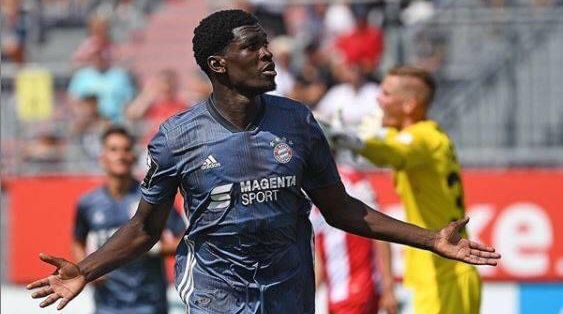 Ghanaian attacking sensation, Kwasi Okyere Wriedt has been voted as the Bayern Munich II player of the season for 2019/2020.

The versatile forward racked in an impressive  24 goals and provided six assists as the Bavarians second team won the German third-tier in just their first season in the division.

Wriedt was voted ahead of the likes of winger Franck Evina and two others to win the prestigious end of season award.

The German-born Ghanaian has already signed for Dutch Eredivise side Willem II Tilburg on a free transfer and will officially join them on July 1, 2020.

Wriedt moved to the Bayern Munich second team from VFL Osnabruck on August 4, 2017 and netted a total of 71 goals in 96 games.