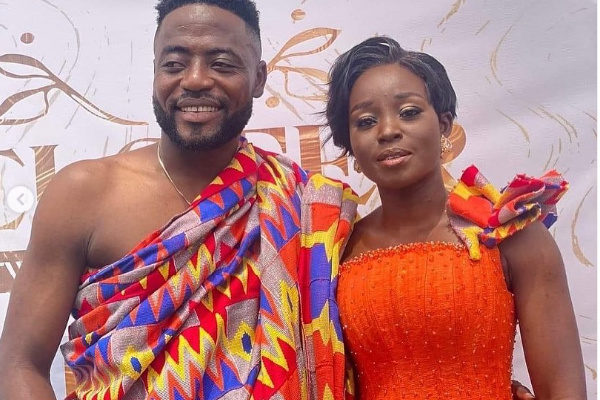 Photos of him and his beautiful bride, Selina Asante, spotted in traditional outfits are making rounds on social media amidst congratulations from fans.

Captured in orange, blue, and white colours, the comedian was seen rocking a kente cloth while his wife wore a beautiful two-piece outfit.

In a separate garment, Foster wore a white mixed with blue Kaftan and his wife wore an orange kente gown.

Romanus whose engagement pictures has since gone viral has received well wishes from his colleagues and the entertainment fraternity.

Watch the photos below: