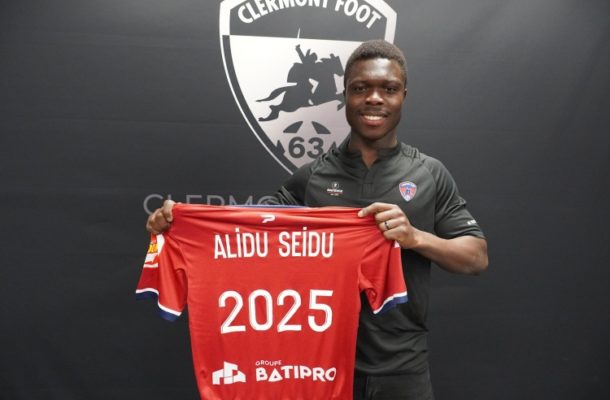 The 20 year old right full back will remain at the Gabriel Montpied Stadium until the summer of 2025.

He joined the French Ligue 2 side from Ivorian side JMG Academy Abidjan in August 2020 and has gone on to excel hence the club's decision to reward him with a long term contract.

An official statement from the club read "Clermont Foot 63 is pleased to announce the extension of Alidu Seidu until 2025,"

"The contract extension of Alidu Seidu is part of the club's desire to build over time, both with its managerial players and its players of the future."

Alidu Seidu made his debut for his lower tier French side in the Ligue 2 in September 2020 against Toulouse.

"“I am very happy and very proud to extend the adventure with the CF63 until 2025," Seidu told the club's website after signing the deal.

"Thank you to all the managers and members of the club, thank you to my teammates and to all those who believe in me."

The 20 year old defender has made 17 appearances this season in the Ligue 2 with 5 starts.