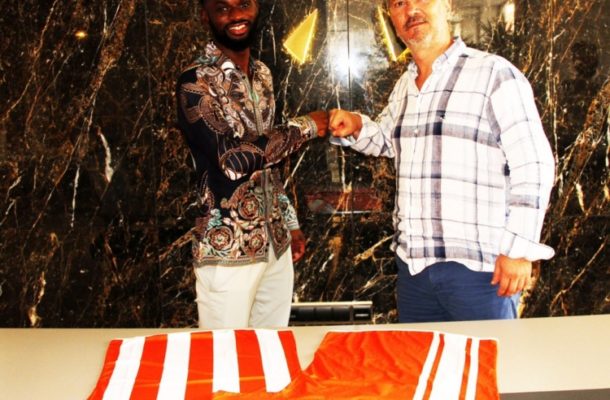 Italian born Ghanaian, Isaac Donkor has sealed a move to Turkish side Adanaspor for the upcoming season.

The defender has signed a one year deal with the lower tier Turkish team in the ongoing summer transfer window.

Donkor an Inter Milan youth product will from next season be playing in the Turkish second division after leaving Austrian side Sturm Graz as a free agent.

The 25 year old center back mutually terminated his contract with Austrian side Sturm Graz after being a bit part player.

After leaving Inter Milan, the Ghanaian center back has played for teams in the lower tier of Italy such as  Cesena, Bari, Avellino among others.

The defender is yet to be capped by Ghana despite playing for the national U-20 side.