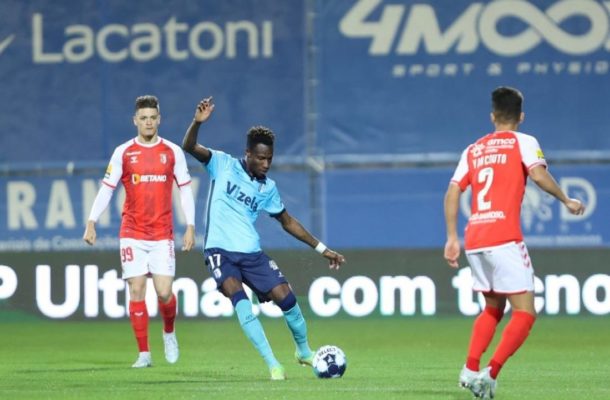 The left-back spent two seasons with the Vizelenses, making 56 appearance across all competitions.
Both parties have decided to part ways when the left back's contract ends next month.

He will leave FC Vizela at the end of June, at which point the contract between the parties ends.

The Ghanaian left-back served two seasons and played 56 matches and joined the club in the 2020/21 season, his debut season, after being rescued from AD Fafe, Ofori played 26 games in a total of 1334 minutes.

He helped the the team climb the division and stayed to help in the elite division, where he played 2069 minutes spread over 30 games in all competitions where he scored a goal each year.

FC Vizela wants to thank Ofori “for all the commitment, professionalism and other contributions made to the club throughout this season. We are confident that the call was a success and made both parties happy. At the same time, he wishes the player the best personal and professional happiness for the future.”

The 29 year old Ghanaian is the second player to have announced his departure from the club, after Ivo Gonçalves.