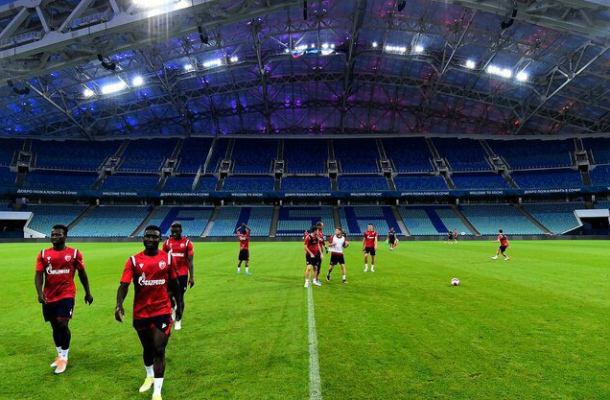 Osman Bukari joined the Serbian giants in the summer transfer window from Belgian side KAA Gent and has since hit the ground running.

Red Star Belgrade are currently on a training tour in Russia as they keep their fitness ahead of next season.

They played a friendly match with Zenith St. Petersburg as the game ended barren without any goals.

Ibrahim Mustafa played on the left flank whiles Osman Bukari was stationed on the opposite flank as they tormented their opponents.

Mustafa was in a very good form for his on loan side last season in the Serbian league as he scored 11 goals whiles providing 6 assists in 38 matches across all competitions.

The 22 year old left winger joined the Maracana side in 2020 from Ghanaian side EuroAfrica FC and has since gone on several loan spells.

Bukari meanwhile was on loan last season at French side Nantes as he helped them win the French Cup scoring two goals and providing four assists in 26 matches in all competitions.