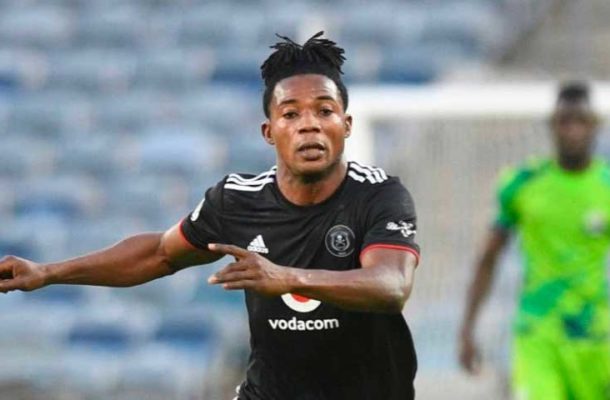 Ghanaian striker Kwame Peprah is reportedly on the brink of departing South African side Orlando Pirates due to lack of playing time.

The player who was very integral to the team in their run-up to the finals of the CAF Confederations Cup which they lost to RS Berkane in Uyo - Nigeria last season has all of a sudden lost his place in the team despite several departures upfront.

Peprah has played in just four matches this season across all competitions playing a total of 84 minutes combined and is yet to score for his side.

Orlando Pirates have already disposed of with the services of Gabadinho Mhango to AmaZulu and Tshegofatso Mabasa farmed out to Sekhukhune United yet Peprah cannot get a look in the team.

The club has also fortified its attack with Bienevu Eva Nga and Kermit Erasmus while they are on the cusp of signing veteran striker Ndumiso Mabena.

Kwame Peprah joined Pirates from Ghana Premier League club King Faisal ahead of the start of the 2021/22 season and scored nine goals last term for the Buccaneers - seven in the league, two in the CAF Confederation Cup.