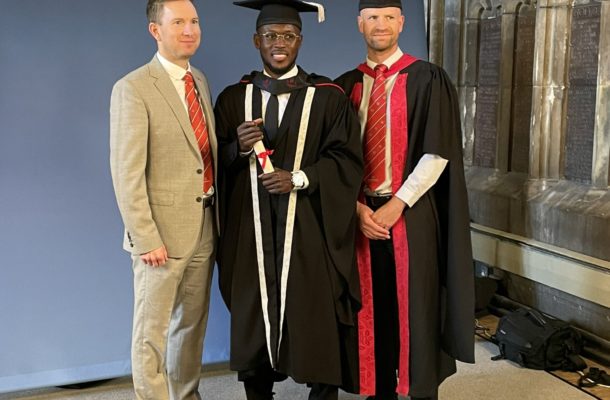 Ghanaian striker Abdul Majeed Wars has been honoured by his former School Hartpury College in the United Kingdom.

The striker was presented with the award on Thursday at the premises of his alma mater.

He is one of the few footballers from Africa who have been able to combine football and education right from his days at the Right to Dream academy.

The Strasbourg striker was presented with the honorary award for his role is football and education. 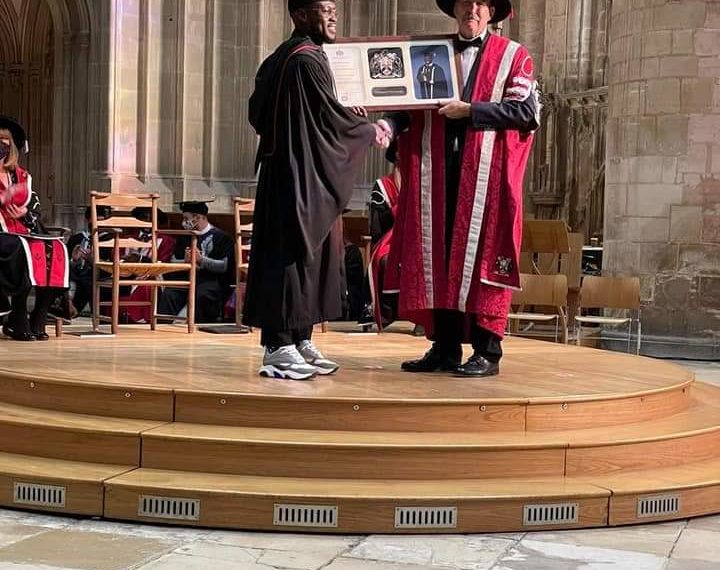 He is seen as a role model for many footballers on the African continent due to the feat of combining education and professional football.

The player shared photos of the ceremony on Twitter expressing his delight while also thanking the Right to Dream Academy for the opportunity.

“Am honoured to receive the sports honorary degree Award in Hartpury college (UK) yesterday. Want to say a big thanks to RTD and Hartpury college for their continuous support and also to my family, friends and team mate, Hartpury college and the Right to Dream Academy,” he wrote on Twitter.

Waris started his football Education at the Right to Dream Academy in Akosombo, before leaving Ghana to the UK to continue his studies at Hartpury college wile playing football. In 2010, he moved to Sweden to sign his first professional deal with BK Hacken, where he scored 26 goals in 55 appearances earning him a move to Spartak Moscow.

He played a key role as Ghana qualified for the FIFA 2014 World Cup in Brazil. After the tournament he move to France to play for Valenciennes before moving to Turkey to play for Trabzonspor. He has also featured for Lorient, Porto and Nantes and these he features for Racing Strasbourg. Waris has played 31 times for Ghana and has scored 4 times for the West African nation.

Hartpury made its debut at the FIFA World Cup when former student Abdul Majeed Waris started for Ghana against Portugal in the 2014 tournament.

The striker was instrumental in his country’s World Cup campaign as he scored three goals in four qualification games to help take the Black Stars to the finals in Brazil.

Waris’ extraordinary footballing journey began at the Right to Dream Academy in Ghana before honing his skills under the watchful eye of football staff at Hartpury. Since leaving Hartpury, the striker has played for nine-time Russian champions, Spartak Moscow, Turkish Super Lig side, Trabzonspor, and French League One side, FC Lorient.

“My time at Hartpury was great for me in terms of my development, both in education and in football,” said Waris.