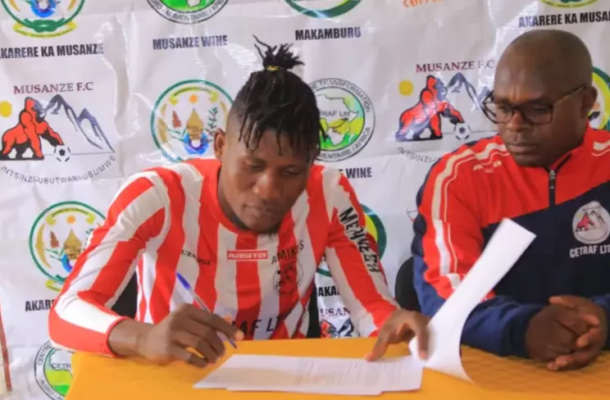 Ghanaian striker, Peter Agblevor has sealed a move to Rwandan topflight side Musanze FC in the current transfer window.

He joins his new side after Etoile de l’est his previous side suffered relegation into the lower divisions.

Agblevor has been an instant hit in the Rwandan Premier League as last season he reminded everyone of his talents despite playing in a side that suffered relegation.

He scored six goals last season with three of the goals coming against the top sides in Rwanda APR FC and Kiyovu Sports.

“It is a good transfer for me and I am very elated with it. I cannot wait to get started,” Agblevor told Times Sport.

“Musanze is a great team with quality. People should expect more from me as I am going to do my best to propel the team to greater heights.”