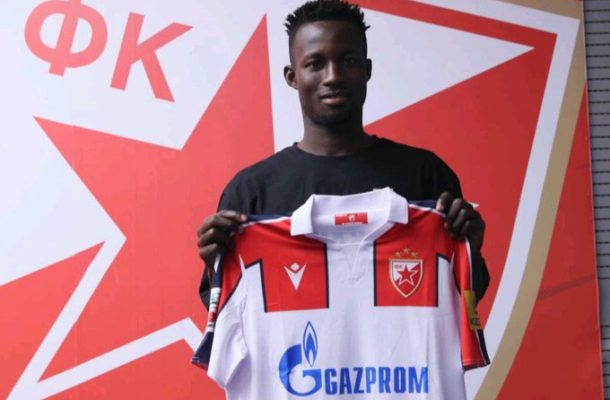 Black Stars winger Osman Bukari has completed a move to Serbian side Red Star Belgrade from Belgium side KAA Gent.

There was a lot of interest from clubs in France, Spain, Turkey, Belgium and elsewhere but the Serbian club beat off competition for their man.

Bukari has signed a four year contract that will keep him at the club until at least the summer of 2026.

He arrived in Serbia on Monday and completed his medical on Tuesday before the club made the official announcement of the speedy winger.

The Serbian giants are keen to qualify for the group phase of the UEFA Champions League next season and see the capture of the Ghanaian winger as a big coup.