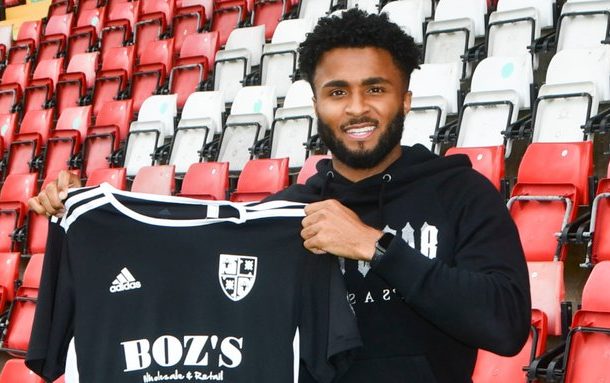 English-born winger with Ghanaian descent, Ricky Korboa has  joined National League side, Woking FC after the expiration of his contract with Sutton United.

The 25 year old winger who was born in Liverpool has signed a two year contract  with his new side Woking FC.

He was a target for several clubs after he became available but has now decided to play for the English Vanarama National League club.

Korboa, 25, played for Carshalton Athletic across seven seasons where he scored 55 goals in 168 games. In 2020 he joined League One Northampton Town, where he made 15 appearances before signing for Sutton United last summer.

“Ricky is a player that fits all of the dimensions in which we are trying to take the recruitment of the club,” said Darren Sarll upon his third signing as Woking manager.

“He’s committed now for two years which is a benefit to me in terms of having the time to work with him.

“He’s exciting, athletic, creative, and to me, if he can develop his goalscoring ratio, we’ve got a very good player on our hands.” Darren added.

Hear from Ricky as he joined the Cards in his first interview.