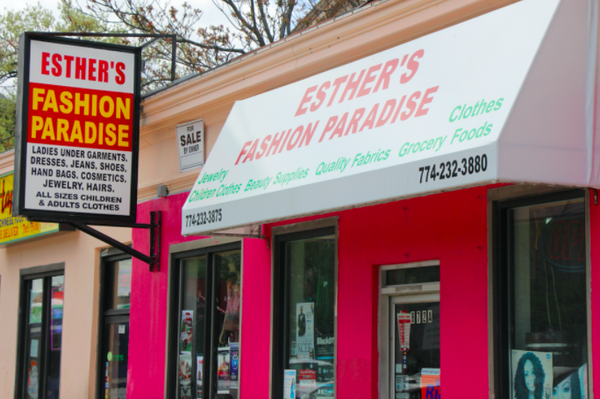 A Ghanaian woman living in the US has pleaded guilty to her role in a food stamp fraud scheme that netted her more than $280,000.

Esther Acquaye, 49, the owner of Esther's Fashion Paradise on Main Street, paid people 50 cents for every SNAP dollar and then received the full value of the SNAP benefits from the United States Department of Agriculture, according to the U.S. Attorney's Office.

Authorities say between November 2013 and April 2016, Acquaye processed roughly $282,541 in fraudulent EBT transactions and SNAP benefits. In federal court Thursday Acquaye told the judge she has a green card and is a citizen of Ghana.

Acquaye pleaded guilty to charges of aiding and abetting SNAP fraud, trafficking in counterfeit goods, and conspiracy. She will be sentenced on March 7.

The government will ask Acquaye pay back all the money gained in the scheme, according to a plea deal agreement filed in court. No agreed upon sentence is listed in the plea deal, but the government is going to ask for Acquaye to be on supervised release for three years after she serves prison time.

Christopher Robinson, a special agent for the Office of the Inspector General, filed a search warrant affidavit last year to seize items from Esther's Fashion Paradise located at 872A Main St. in Worcester.

Undercover agents bought knock-off brand name items from the store and learned about the SNAP benefits scheme. The investigation began in April 2015.

Authorities found that employees at the store would charge people for food and other items at the store then overcharge in SNAP benefits money and give people back money, the search warrant affidavit said.

Acquaye applied to participate in the Supplemental Nutrition Assistance Program benefits program and began offering the service in 2013.

Authorities say they caught Acquaye making the fraudulent transactions during the investigation. She even mentioned Vida Causey, the Worcester woman who stole $3.6 million in food stamp benefits, to the undercover investigators.