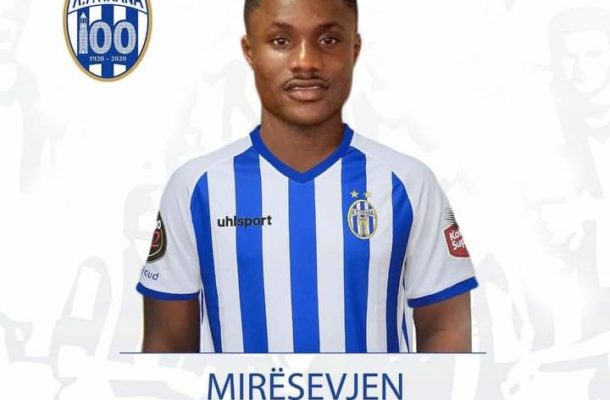 KF Tirana have been making a raft of signings as they gear up to compete in the Europa League qualifiers.

“Tirana Football Club announces the approach of player Isaac Gyamfi. The central midfielder has reached an agreement with President Halili and is already part of the white and blues for the new season”, KF Tirana announced on Thursday.

The midfielder was part of the Ghana U-17 team that played in the FIFA U-17 World Cup in India in 2017 under Paa Kwasi Fabin making four appearances for the team.

He made 9 appearances for his club side Great Olympics in the truncated 2019/2020 league season .