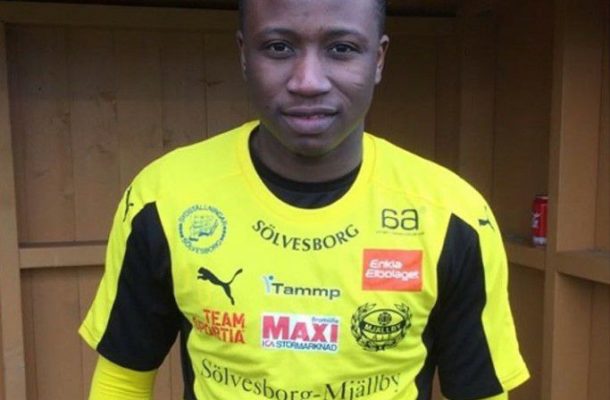 The Ghanaian youngster is for the second time going on loan after returning from Norrby IF on a similar deal in the swedish 2016/17 season.

He made 1o appearaces for Norrby IF but officials of Gothenburg have agreed a deal with Mjällby AIF on his return.

His new move to Mjällby AIF was announced on Monday and will hence  unite with compatriot Kwame Adom Frimpong.

The 21-year old had struggled to command a starting place at the Blavitts  after joining them from Inter Allies in 2014.

Prosper Kasim in December 2014 joined IFK Gothenburg along with his countryman Lawson Sabah.

He was a member of Ghana’s U20 side that featured in the world cup in New Zealand last year though he was unable to kick a ball.