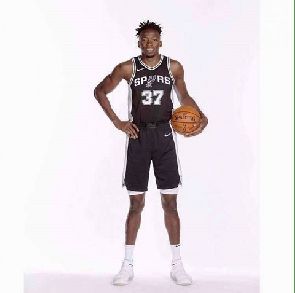 The 6 foot 11 inch Ghanaian is likely to suit up for Austin Spurs in a crunch game against Rio Grande Valley Vipers.

The one off game takes place at Spurs HEB Center with a place in the next round of the postseason at stake; Vipers featured in the first round.

Brimah led Austin to the Western Conference’s best record which meant the team earned a bye in the first round of the playoffs.

Vipers beat Texas Legends 107-100 to progress to the second round and is set to roll out a trio of players from its NBA affiliate Houston Rockets.

Zhou Qi, R.J. Hunter and Chinanu Onuaku have played for Rockets at certain points in the NBA season and are expected to feature tonight.

Amida ended his maiden season in the G League as the top shot blocker after averaging 2.6 rejections per game.