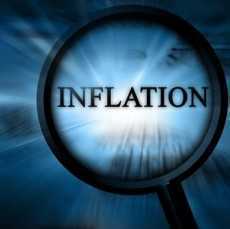 The year-on year inflation was unchanged at 7.8 percent in March, the Ghana Statistical Service said on Wednesday.

Announcing the rate via facebook, Government Statistician, Professor Samuel Kobina Annim said March’s rate continued the trend of stable inflation of about 8 percent recorded over the past seven months.

Food and non-alcoholic beverages division recorded a year-on-year inflation rate of 8.4 percent, the highest food inflation since the rebasing in August 2019.

The national non-food year-on-year inflation for March 2020 was 7.4 percent, lower than the 7.7 percent recorded in February 2020.

Between February 2020 and March 2020 the price level of food and on-alcoholic beverages increased by 1.5 percent, predominantly driven by an increase in price levels of vegetables and fruits and nuts.

Inflation of imported goods was 5.6 percent, while that of local goods was 8.8 percent on average.

“For the last five months inflation for locally produced goods has been growing faster than inflation for imported goods,” Professor Annim said.

Food and non-alcoholic beverages remains the main drivers of inflation and went up to 47.2 percent while the contribution of Transport went down to 12.2 percent.

At the regional level, the year-on-year inflation ranged from 9.2 percent in the Volta Region to 3.7 percent in Upper West Region. Greater Accra experience the lowest regional inflation of 8.3 percent since the rebasing in August 2019.