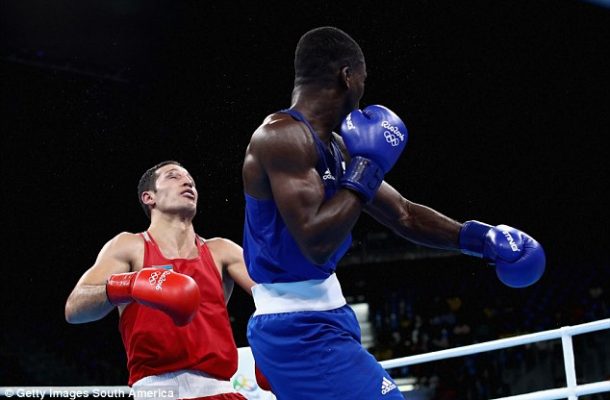 A Ghanaian-Briish light-heavyweight boxer on Thursday made in to the quarter final in the Rio Olympics game after defeating Elsho Rasulov from Uzbekistan, looking destined for a championship future.

The late great Joe Frazier, this young Londoner’s hero, would have been proud of all three knock-downs inflicted by Buatsi on the third seed in his light-heavyweight division. Especially the last which finished off Uzbekistan’s Elshod Rasulov, a three-punch combination of such devastating power and deadly accuracy that it may well be the prelude to a gold medal.

If he carries on like this he can attach the prefix Smoking' to his name, confident that Frazier would have approved.Buatsi, with his solid style and killer instinct, is destined for a bright future as a professional even if he fails to win this tournament.

He came into this second-round fight burdened by the task of ending Britain's sorry run of five defeats. He left the Olympic ring to the roars of the crowd and the gratitude of his team-mates.

He said: "I was feeling the pressure and that made me absolutely nervous going in. It's sad for me to see my friends lose and it hurts me."

"We do everything together here.I'm really glad that I've been able to give the team a boost. There's nothing like a knockout. Although I wasn't expecting one against this guy." "Not until I knew I had hurt him.