Ghana's Kennedy Boateng to leave SV Reid in the summer 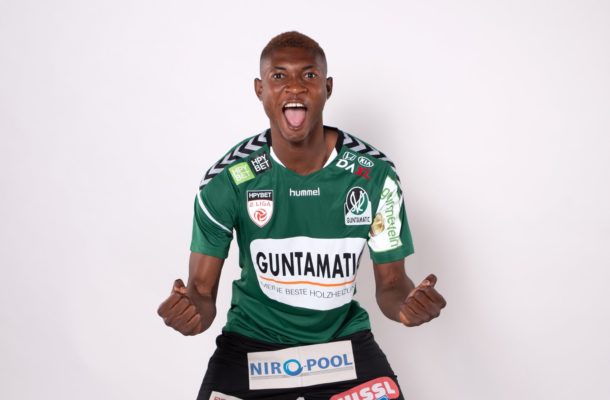 The former West Africa Football Academy defender has was voted the best player in the Austrian Upper League after a series of outstanding displays for SV Reid in their division.

He was once again a pillar in he heart of Reid's defense on Saturday when they thrashed Dorbrim 5-0.

After the game, SV Reid head coach Gerald Baumgartner expressed hope that there will be no major departures in winter from his side but was quick to admit that Boateng is likely to leave in the summer.

"I hope that there will be no major departures in the winter. In the sights of other clubs are likely, as in the summer, Kennedy Boateng and Marco Grüll.

"From my side, there is no release for the players. Everyone has contracts, and we have one common goal in mind, and that must be enough for every incentive. I hope that the board of the association will set the right course for the spring here, "says Baumgartner.

Boateng has been linked with several top flight clubs In Austria and Germany although no offers have been submitted for Ghanaian yet.