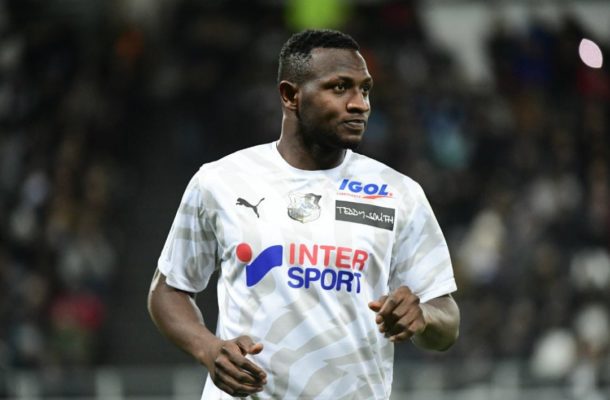 Ghanaian international, Nicholas Opoku is set to continue his career in the French League One after attracting interest from Olympic Lyonnaise, according to reports.

The 22-year-old joined Amiens on-loan from Udinese in the January transfer window and the former Berekum Chelsea star was one of the best performing defenders in the league in that period.

Reposts say the highly rated center back has emerged in the radar of Lyons who are looking to add to their defensive options in the summer transfer window.

Sources close to Opoku have disclosed that the Black Stars rare guard is willing to remain in the French top flight and do not want to return  to parent club Udinese.

Though Amiens has the first option to buy Opoku, the former club African star will fancy a move to a ‘big’ club Lyon especially as the former has been relegated to the second tier.

Opoku, made 7 appearance since his move to the Ligue 1 side but couldn’t help them to avoid the drop.