Ghana's sports director calls for the "demilitarisation" of sports 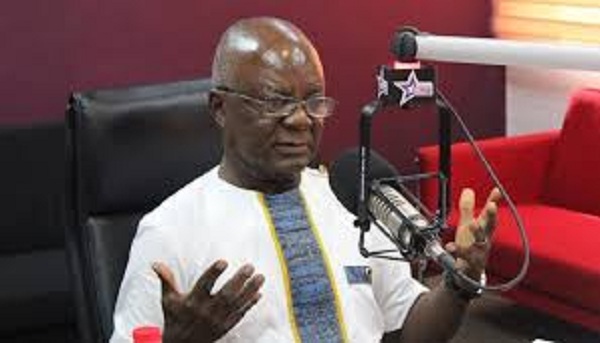 The technical director at the Ministry of Sports Dr Emmanuel Owusu Ansah has called on Fifa and other International sports federations to remove "military jargons" from sports, saying they add up to "pressure" during competitions.

The former head of the Sports Directorate of the University of Ghana said the ministry takes exceptions to the use of  military terms  in sports,urging the International Sports federations to copy from the commonwealth.

Representing the Sports Minister Isaac Asiamah at a one-day lecture organised 9Bs group of Companies in Accra, urged the federations to take a second look at Ghana's call.

He said those terms from military backgrounds do not help in the creation of peace through sports, giving a tall list of terms which he believes have intensified the "combative nature" of sports.

"The combative nature of International sports is further reinforced by the use of military jargons in sports," he said.

"These are all military jargons and should sports maintain this," he quizzed.

Some results in some international competitions have taken political and racist twist in the past.

USA's victory over Japan in the women's gold medal football last the 2012 Olympics was marred by a slew of racist tweets.

The famous American victory over the Japanase female team had barely ended when the terms 'Pearl Harbor' and 'Japs' started trending on the micro blogging site, a development that received a widespread condemnation from the international world.

Dr Ansah in his appeal called on the international Sports federations and political leaders to make the necessary changes to prevent future occurrences.

win at all cost philosophy

Shedding more lights on his assertions,he said despite sports being a tool for peace, the "win at all cost philosophy" in sports has led to other countries attack each other.

"Governments are aware of the  prestige and honour that go with victories in international competitions and therefore demand nothing but victories from coaches and sports officials, Dr Ansah said.

"Coaches  and sports officials are therefore under pressure to deliver and consequently they adopt the philosophy of win at all cost.

"This win at all cost philosophy has led some counties to wage war against each other after sports competitions.

"This is not what sports is meant to be," he said, adding that "sports is not a moral substitute for war and antisocial behavior."

He said Ghana will continue to contribute to see to the demilitarisation of sports.

He however did not give  alternative words to be used to in the campaign that will see most miliatry words expunged from sports competitions.

The Peace and Sports lectures was delivered by former French athlete Mr Joel Bouzou, President and Founder of a global initiative called Peace and Sport.